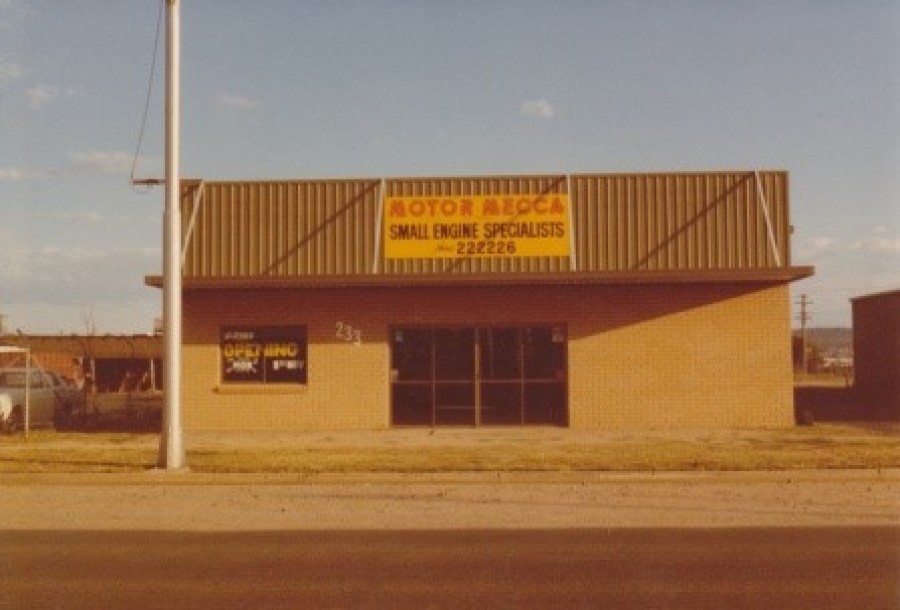 Peter was raised on the family farm at Graman, but by the time he was 22, the farm was to be sold. On the day that Peter and his Dad drove to Inverell to look for a job, Peter Bates from Ben Bates & Co interviewed Peter and hired him on the spot. Peter was given a quick run through of all aspects of the rather large business; on his first day, he washed cars. The next day he worked in the spare parts department. On the 3rd, he was stationed in the small motors section and by the 4th, he was considered experienced enough to exhibit at the Inverell Show by himself.

In 1981, Peter first exhibited at AgQuip Gunnedah on the Stihl chainsaw stand. Each morning Peter and Rob Ross would load up the Honda Civic with Stihl products, drive to Gunnedah by 8am, sell all day, leave at 5pm, come home, refuel, reload and go back again the next day for the three days. Motor Mecca have continued this tradition to this day, it is just the size of the transport carrying the loads of equipment to AgQuip that has changed!

"They moved into the 233 Byron St premises, completing a renovation as they did so and Motor Mecca was born in November 1982."

Peter quickly became a valued employee at Ben Bates & Co. He developed a love for the small motors area and never forgot his Dad’s advice: ‘If this business ever comes up for sale, don’t miss it.’ The opportunity came very quickly, and by 1982 Peter and his wife Janelle bought the small motors section of Ben Bates & Co. They moved into the 233 Byron St premises, completing a renovation as they did so and Motor Mecca was born in November 1982.

Peter set out to specialise in Small Motors from the moment he took over Motor Mecca. This proved to be a clever business decision, with Stihl chainsaw sales increasing by 600% in the first 12 months. By the end of the 1980's, Motor Mecca Inverell was selling more Cox ride-on mowers than the entire Melbourne area.

Peter Lowe ran a very progressive business. His belief in the future saw him enrolling in the first computer courses run from Bundarra. Peter wanted a computerised program that would basically run his business, but at first, no such program was available. It wasn’t long before Peter’s association with a computer programmer led to the launch of the very first Stihl web-based accounting system, all based on Peter’s specifications. Motor Mecca became one of the very first computerised businesses in Inverell and have maintained a strong belief in staff training and development to this day.

The 1991 flood saw the entire shop flooded with one metre of water. Motor Mecca staff had only 20 minutes to move all stock, parts, customer saws and motors and office records. Nothing was lost and little damage was sustained. With plenty of willing helpers, Motor Mecca was back in business within a couple of days.

Not due to the flood, but soon after this event, it was time for Peter Lowe to move on from Motor Mecca, selling the business to Bushy and Pamela Johnston in order to pursue other business activities 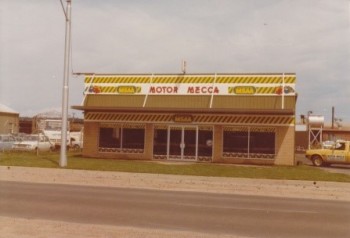 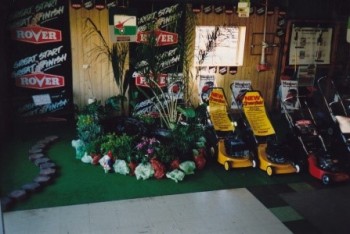 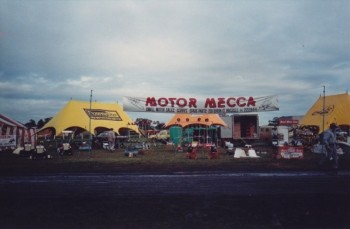 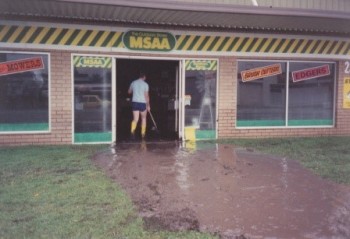 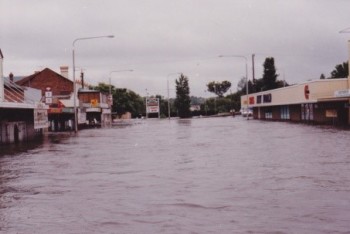